Scroll to Top
Categorized as
1501
Related

Should you tidy up after your child

What will you be when you grow up a multipotentialite

Doing nothing is as critical for children as doing something

How do I help my child cope with failure 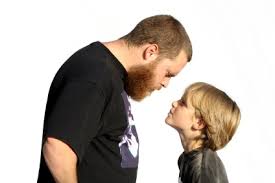 I strongly believe that there is an opportunity to teach your children, what you want them to know in even the tiniest of circumstance.

Chances to impart life skills and knowledge pop up every day, if you have the open mind to be able to spot them.

It may seem like a simple thing but this morning when I was doing homework with my 8 year old daughter, after much complaining that she didn’t see the point in doing a certain task, I took the chance to offer a little bit of wisdom instead of an awful lot of arguing.

We could have been banging our heads together, because in many situations, frustration, lack of time, other commitments, etc, all get in the way of positive steps in our relationship with our children.

She told me that she couldn’t find a word in the dictionary and it was simply not there. I told her to look again and that it was most certainly there.  She looked again and decided to quit doing her homework because it was too ”annoying and too pointless”.

It was at that moment I decided that the quitting approach to things was becoming a habit, I wanted to change in her.  All kids are determined to do what they enjoy but give up easily when it’s something they consider boring. Ever find yourself saying.. ”but  you can spend hours watching TV, or playing play station” – why can’t you give the same effort to your school work??

How then should you approach teaching your child not to give up too easily but to persevere and finish tasks and even  make them fun and enjoyable?

STEP 1 – DON’T ARGUE –  I started in an non confrontational way, instead of accusing her of not trying, I asked her instead, what it is that she loves most, what would her dream job be when she grows up.

STEP 2 – FOCUS ON THE POSITIVE THOUGHTS OF THE CHILD –  My daughter happily chattered on about how she loves art and one day she may become an artist.  I listened intently to her dreams and watched her face light up as she spoke about her ideas.

STEP 3 – USE THE INFORMATION THEY GIVE YOU – I asked her if art was going to be her job, how would she make a living out of it?  If she really wanted to do it forever… she had to make it work in the real world.  The real world means earning a living from it and supporting yourself and potentially others.

STEP 4 – EXPAND YOUR CHILD’D THINKING  – She gave some good examples but not based on the point I wanted to make, so I gave her some extra input. I told her that an artist can be amazing at what they do, but if they aren’t good at getting others to see it, how can she make a living from it. She just assumed that her beautiful art would be enough to make a living from as any 8 year old might. I explained some ways artists might make money that she hadn’t thought about.

STEP 5 –  CREATE A POSITIVE GOAL LINKED TO THE INITIAL NEGATIVE THOUGHT – After discussing how the artist can make money, we also discussed how she might interact with others, and it is then that I pointed out that maybe she would have to write a CV, or send email’s or communications in writing.  When I asked her how important she thought spelling was in sending letters, she felt it was very important.  So now I had placed the thought that good language skills are critical to her being an artist,  not just the art. She lit up when she noticed the connection and was happy to go back to ”BORING” spelling work, happy with the idea, that she needed this skill to eventually become a good artist.

STEP 6 – ALLOW FOLLOW UP QUESTIONS AND SUPPORT THE ONGOING TASK – We even had a chance to talk about how important language is at school now and linked that to her potential career choice later. I explained that even if she only ever wanted to be an artist, wouldn’t she want to go the the absolutely best place to learn? She said of course and we had an extended discussion about how important doing well in school is to getting into the best university and eventually getting to that much desired SUPER ART COLLEGE!

I watched on proudly as she got back to work humming, instead of grumbling and another potential learning opportunity was secured and the seed of the future planted.

Keep your eyes and ears open for everyday opportunities like this to turn around your child’s negative thoughts into a positive goal which is totally in line with what they want, even when at the beginning, you can’t even see the link.

Remember that most children respond to reward and success and most of all – parent approval, so keep positive and keep trying!